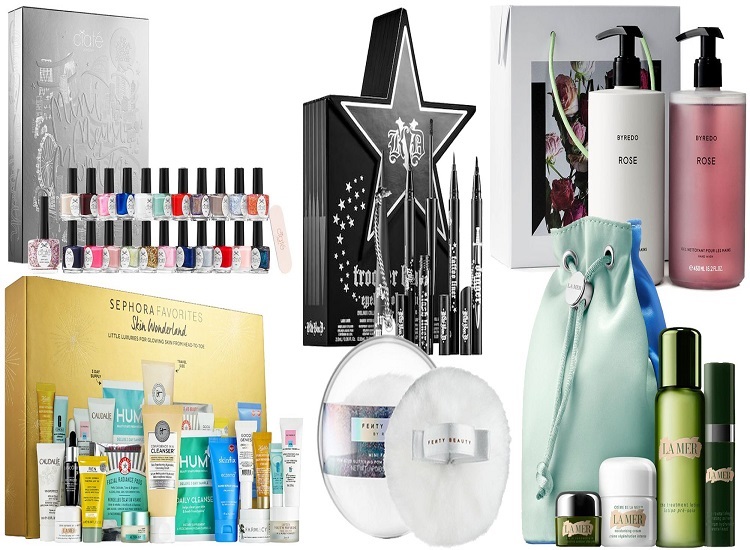 Beauty Bestsellers: the Most Popular Cosmetics of All Time

Literally every week, cosmetic brands release more and more beauty products. However, there are time-tested bestsellers that do not lose their popularity after many years. From the Benefit lip tint and cheeks, the Orgazm shade to the Urban Decay eye shadow palette, cult favorites has earned the highest ratings worldwide.

The famous cherry red tint was created in the 1970s by the order of one striptease dancer, and they were tinted with … nipples. Founders of the brand, Jin and Jane, cooked a reddish liquid for a client from carmine and rose petals. So the ancestor of the legendary Benetint appeared.

Since then, more than 8 million copies of tint have been sold, which are now used as lipstick and blush.

More than 13 thousand Brow Wiz pencils are sold daily. This is approximately 540 pieces per hour and 9 products every minute. Makeup artists consider it ideal. What is so special about him?

The thin tip when applying the product perfectly imitates the hairs, and the brush at the opposite end evenly distributes the shade. There are ten different colors in the palette: for blondes, brunettes, brown-haired and red. The product itself is highly pigmented, so when applying it is not worth much to make money on the stylus.

Nude lipstick, released in January 2017, has won an army of fans (many stars including Meghan Markle, Amal Clooney, Gwyneth Paltrow, Kate Moss, and Rosie Huntington-Whiteley ) all over the world thanks to their magical ability to match all skin tones. On Instagram, you can find several thousand positive reviews with the hashtag #pillowtalklipstick. The hue was so popular that Charlotte Tilbury created a collection of blush, sparkles, and eye shadow in this lilac-pink color.

In 1999, François Nars for a long time could not decide what to name the new shade of blush: pleasure and passion, but in the end, he chose the provocative orgasm. Perhaps the matter is an obscene name or a shimmering, peach-pink hue, but for more than 20 years the remedy has been wildly popular. Now in this color are produced cream illuminator, blush in stick, two lip glosses, and nail polish.

A few statistics: two Orgasm shades of Blush are sold every minute.

According to legend, brand founder Jarrod Blandino was so shocked by the laboratory sample of the final mascara formula that he exclaimed joyfully:
This is better than sex!

Only one layer of this mascara is the color of soot based on collagen, and the eyelashes become thick, curled, and incredibly long. An hourglass-shaped brush allows you to paint over each eyelash, without leaving any of them unattended.

It’s hard to believe, but ten years have passed since the Urban Decay Naked palette came into our lives. The story of its creation began with the task assigned to the development department: to select only the natural shades of shadows that they would take with them to a desert island. So 12 universal colors were chosen: from champagne to dark bronze. However, the matter is not only in the shades themselves but also in metastability. Wendy, the founder of Urban Decay, every time arranges a kind of test drive: wears them during surfing and in the gym.

Unfortunately, the original Naked was discontinued, but the cult shadow palette has since been released in six versions (including Heat, Naked Honey, Naked 2, and Naked 3).

If you decide on your first red lipstick but get lost in shades, take Ruby Woo. This color definitely suits everyone! Ruby Woo was created back in 1999 and does not lose its popularity even now. Bright red lipstick with a blue undertone is the most popular shade of the brand, seven such products are sold every minute around the world.

Last year, the legendary Cabaret Premiere mascara was recognized as the best in the American online store Amazon. Site users have left more than a thousand positive reviews on this tool. Mascara promises to turn even the shortest eyelashes into voluminous and long for a couple of brush strokes. In this case, no lumps and gluing, it is resistant, but can be easily washed off with ordinary micellar water. The product is not waterproof, but the mascara will not leak either from high humidity or from the most bitter tears. What else do you expect from the perfect mascara?

Released in August 2013, the iconic Shimmering Skin Perfector Pressed by Becca comes in 12 shades, but Champagne Pop is considered the gold standard and pearl among highlighters.

It is very pigmented, and despite the powdery texture, it gives a moist glow when applied. And for lovers of the yoga skin effect and the strobing now popular, this highlighter is just a godsend!

The famous company was founded in 1915 by the entrepreneur T. L. Williams, who created the mascara formula for his sister Mabel. Decades later, in 1971, Maybelline began to release Great Lash mascara – the legendary tool that every American seems to have. It is said that mascara is sold every 1.7 seconds. But in Russia, another mascara of the brand is Lash Sensational. The fan brush gives the eyelashes a lush fan volume without gluing and lumps.

This iconic product from Tarte has transformed our concept of concealer. According to the brand, Shape Tape Contour Concealer is sold every 12 seconds. It can be applied to any area of ​​the face that requires emergency magical intervention, and not just to mask the effects of sleepless nights.

The formula contains shea butter, which helps maintain skin elasticity, and licorice root extract, which is responsible for brightening dark circles under the eyes.

Original Loose Mineral Foundation powder is sold every 2 minutes. And this is not surprising. Firstly, it is very finely ground, so it lies in a weightless veil and does not clog in wrinkles. Means as if melts or melts on the skin and turns into a delicate light cream.

Secondly, the powder has an excellent composition. Inside – five mineral components and SPF15 sunscreens, no parabens, fragrances, and artificial preservatives. The powder is available in 30 different shades.

For many years, Chanel fans have been hunting for this tanning effect for sunshine on matte skin. In 2018, he was discontinued, and instead, a new Creme Belle Mine Ensoleillee appeared.

This multifunctional product can be worn as a base or as an independent tool. When in contact with the skin, it adapts to its complexion, giving an impeccable complexion, and encapsulated pigments provide a delicate glow. We are not surprised that this remedy with Asian Centella is sold every minute.

This translucent powder from Laura Mercier is sold every five minutes. She is loved for her silky texture, natural composition (it contains the most delicate cashmere talc), the ability to hide fine wrinkles and skin imperfections, as well as literally “erase” pores (for this we say friendly thanks to reflective particles). There are two shades in the line: for light and dark skin.

Despite the far from affordable price, in a jar as much as 29 grams (usually in loose powder 10 grams each, and here three times more). So enough for a long time.

Are You Currently Presently Trying To Find Stylish Party Footwear For Guys?

“No Rules, Absolute Freedom, No Fear”: Pat McGrath on Her Most Memorable Met Gala…

What is Sexual Iq and How to Develop It